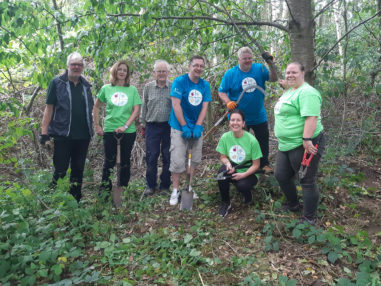 Solus Scientific employees joined the PerkinElmer Impact day for the first time today, volunteering at Oakham Nature Reserve in Mansfield. Our Mansfield team contributed by working hard to remove the wire fencing from the woodland area, rolling it and carrying all wire removed to the skip. Lots of walking! We also helped by cutting back overgrown vegetation and brambles on the pathways to make it clean for local dog walkers; tidying up around wooden steps and the most important, litter picking – you would be surprised to know what people dump in such a beautiful place!

As we divided our team, another group cleared rubbish from the river Maun and one of our colleagues even found an old dagger! The team has also helped cutting wood and brash for a future river project, to create a habitat for protected species. Everyone helped at their own pace and respecting their limitations, but everyone put in a lot of effort and dedicated their time to help with passion and all teams returned to the office with that amazing feeling of mission accomplished – because helping the community is absolutely fulfilling! 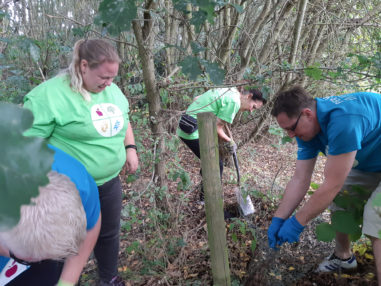 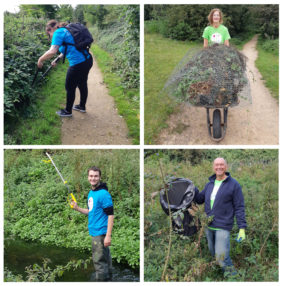